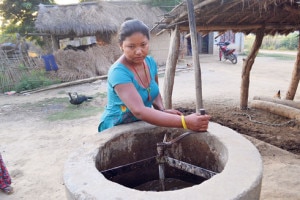 KATHMANDU, Nepal–Every single biogas plant could save 1.25 trees per year in Nepal, a recent report reveals. If the report, prepared in coordination with Alternative Energy Promotion Center, a government agency responsible to promote renewable energy in country is everything to believe, five trees will be saved annually if four families put in one biogas plant each.

If the principle of one plant saving 1.25 trees a year is to be believed, Nepal´s biogas boom is currently saving nearly 40 thousand trees each year. According to the Center, as many as thirty one thousand biogas plants have already been installed in Nepal by mid June.

Biogas is a significant contribution to decrease greenhouse gas emissions.

In Nepal, a majority of people still depend on traditional sources of energy like fuel wood, agricultural and livestock residues. And, fuel wood makes up for nearly 90 percent of fossil fuel.