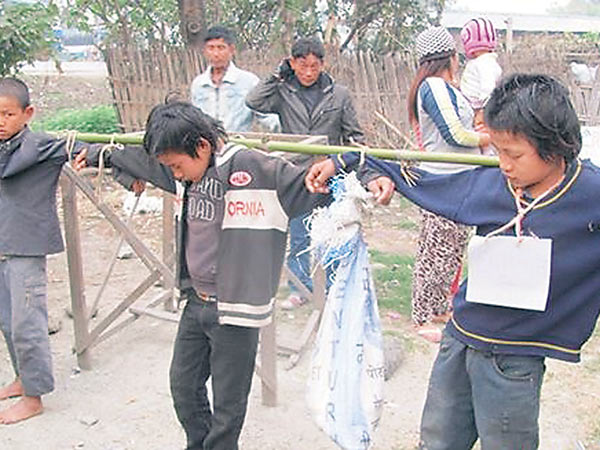 KATHMANDU, Nepal– A photo of three school boys aged 11 to 13 tied along a bamboo has stolen spotlight. The photo posted on Facebook this Saturday gained popularity with numerous ‘likes and shares’.

The broadly circulated photo was of those children who were caught stealing and were paraded in a village of Sunsari district in the eastern province of Nepal. The villagers arrested the children red-handed while they were stealing some noodles from a  local shop. The children were punished with a bamboo placed on their shoulders and arms tied in a baton. Photo: Facebook post.