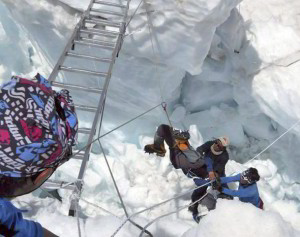 KATHMANDU, Nepal–The death toll in the deadliest avalanche on Mt Everest climbed to 13 with rescuers recovering one more body of a Sherpa from the incident site, Saturday afternoon.

Madhusudan Burlakoti, spokesperson at Ministry of Tourism and Civil Aviation, said Dorjee Khatri’s body was recovered and search for the other missing is under way.

Six bodies of the deceased were airlifted to Kathmandu and handed over to their kin after post-mortem while relatives received seven more bodies from Lukla area on Friday evening.

In the meantime, American Alpine Club said it has set up a fund to support the families of the deceased.