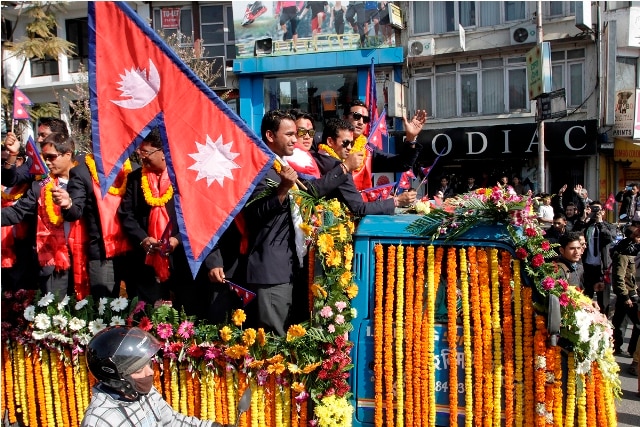 KATHMANDU, Nepal – Players of the National Cricket Team during the felicitation rally organized by the government to honour the team for making the nation proud with selection in the ICC World Twenty20 Cricket to be held in Bangladesh in March, 2014. The government has arranged a heroic city tour programme for the players with musical band of the Nepal Police on Wednesday 4 December, 2013. Hundreds of people welcomed and thanked the players, coach and the officials with hooting and participated the parade. Photos: NMF 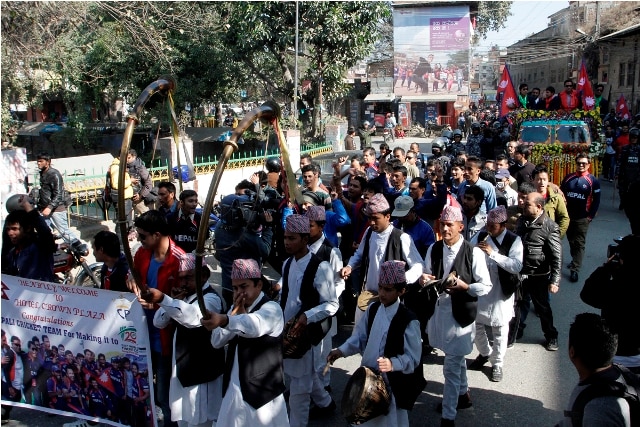 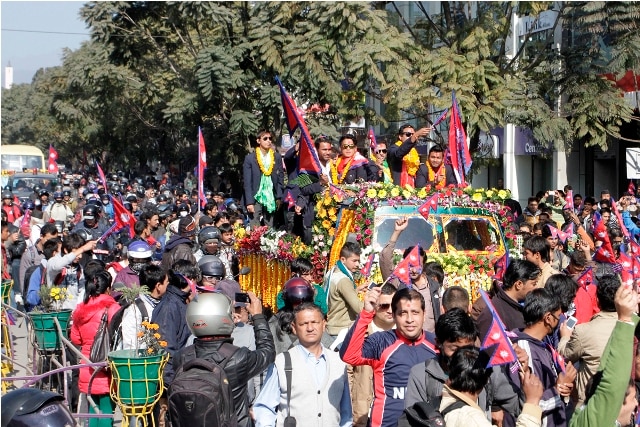