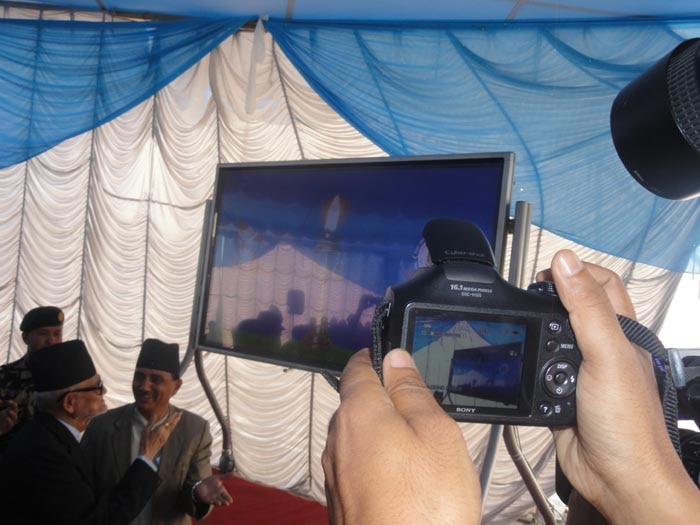 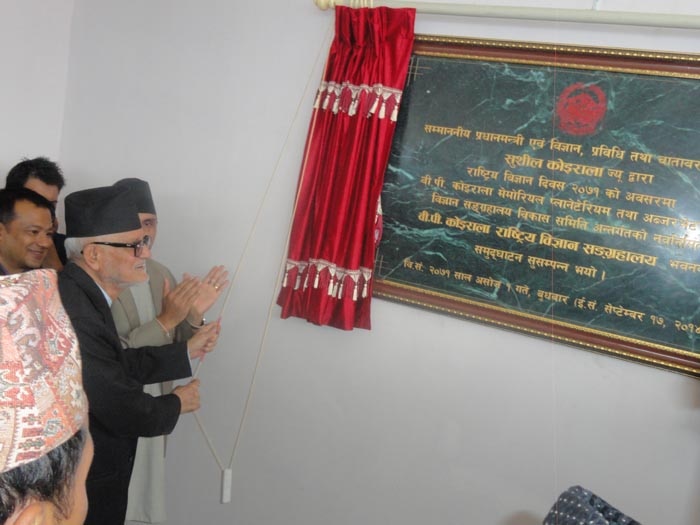 Prime Minister Sushil Koirala inaugurates science lab along with an observatory in Tribhuvan University (TU) premise, Kirtipur on Wednesday, September 17, 2014. The office has come into operation from Wednesday, on the occasion of the National Science Day.

Prime Minister Sushil Koirala confers Science Award to a student who secures highest percentage in the SLC under community and institutional category. 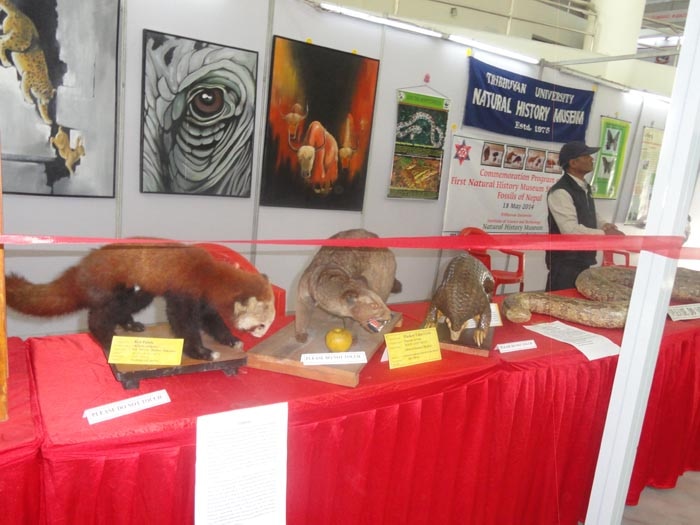 Carvings of endangered animals including a red panda being showcased at a stall during a two-day science and technology exhibition program at newly inaugurated science lab and observatory building in TU.