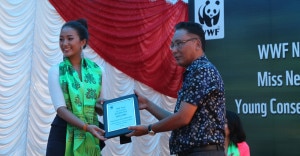 “It has been a decade that WWF has been engaging Miss Nepal in the field of biodiversity conservation and we believe that engaging them with WWF means providing them a platform to learn, to inspire and also get empowered,” a statement released by WWF quoted Dr. Ghana Shyam Gurung, Senior Conservation Program Director of WWF Nepal as saying.

On the occasion, WWF also acknowledged with gratitude Miss Nepal 2013, Ishani Shrestha for conducting free dental health camps in the protected areas and corridors of Terai Arc Landscape which benefitted more than 500 people. Ishani also announced to provide USD 400, an amount raised by her, to a health post in Madi where she conducted one of her health camps.

Following in the footsteps of Payal Shakya, Sugarika KC, Sitashma Chand, Zenisha Moktan, Sadichha Shrestha, Malina Joshi, Shristi Shrestha and Ishani Shrestha, Subin will be actively involved in helping promote conservation especially among the youth. She will be engaged with WWF Nepal’s conservation education program and the recently launched The Generation Green Campaign to reach out to youth on conservation and sustainable development.

WWF Nepal’s Young Conservation Ambassador program was initiated in 2004 through a partnership with The Hidden Treasure to engage the reigning Miss Nepal in various conservation projects and spread the message of conservation through word and deed. 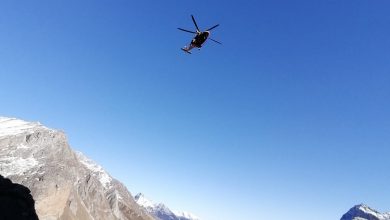