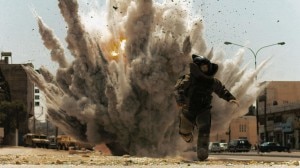 KATHMANDU, Nepal–Eleven Nepalis, who were stranded in the war-hit Iraq, have eventually arrived in Kathmandu after being rescued at the initiative of the government.

They were rescued from Kurdistan province in Iraq after the government took the initiative for repatriation of Nepali nationals trapped in the war-torn Gulf nation.

According to the Ministry of Foreign Affairs (MoFA), the rescued Nepali migrants arrived in Kathmandu via Fly Dubai flight at 10.20 pm., Friday. The government also borne expenses for the return of Nepali migrants working there.

The government had dispatched a team to Iraq for expediting the repatriation of Nepali nationals trapped in the war-hit country a few days ago.

Earlier, the government had advised all Nepali nationals working there to return home and adopt safety measure if they could not return back.

The government has been asking all migrant workers to avoid unnecessary travel to Iraq in view of the worsening security situation in that country following the seizure of various cities there by Islamist militants.