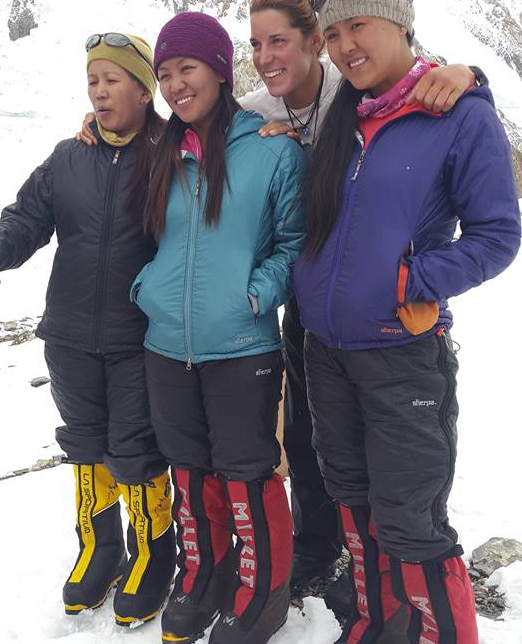 KATHMANDU, Nepal–Members of the “First Nepali Women Expedition to K2 2014” pose with a member of an Italian K2 team at the base camp of Mount K2. With a message of ‘Women Climbing for Climate’ the team comprising three young women climbers– Maya Sherpa, Dawa Yangzum Sherpa and Pasang Lhamu Sherpa – is in its attempt to become the first all-women team from Nepal on the top of Mt. K2, the second highest mountain on earth. Upon reaching their goal, the team will place ICIMOD’s banner on the summit. During the expedition, the team will also document and record material on mountain women and climate change.

It is estimated that the expedition will take about 65 days from mid-June to the end of August 2014, starting from Kathmandu. During the expedition, the team will also document and record material on mountain women and climate change. 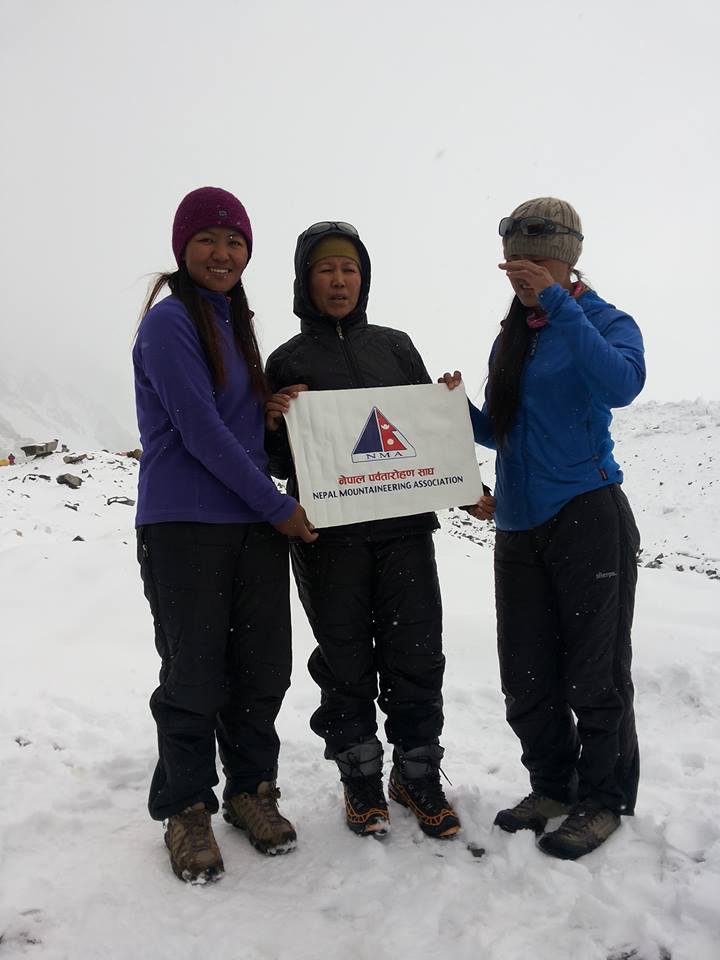