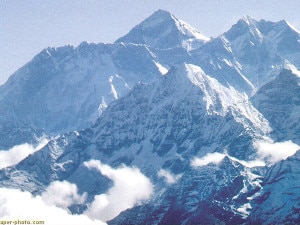 KATHMANDU, Nepal–A day after the government decided that it would not mark the Everest Day as it is coincided with Republic Day on May 29; private sectors and tourism entrepreneurs said they would observe the event on same day at any cost. They have also made clear that they would be important part of their ongoing protest programme against the government. Demanding the proper strengthening of tourism sectors, more than three dozen private sectors have been organizing a serial of protest programmes against the government and Nepal Tourism Board since three weeks. Ramesh Dhamala, president of the Trekking Agencies Association of Nepal (TAAN) said they would mark the International Everest Day to honour the first ascent by Tenzing Norgay Sherpa and Edmund Hillary in 1953 in the scheduled date whatever the government decides. International Everest Day commemorates the first ascent of Everest by legendary mountaineers Sir Edmund Hillary and Tenzing Norgay Sherpa on May 29, 1953. Every year, the event is being celebrated under the leadership of the government. The government has also planned to celebrate it later probably in July-August. However concerned stakeholders said the Day would not hold any meaning if it is celebrated on another Day. Ang Tshering Sherpa president of the Nepal Mountaineering Association (NMA) said the Day would not bear any significance if it is marked on other day, when the government gets leisure time. In the meantime, the Tourism Ministry informed that most of the mountaineers had rescheduled their visits to Nepal in 2015 and 2016 to climb Everest following a dreadful avalanche on April 18.