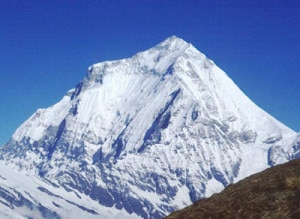 KATHMANDU, Nepal–Some mountaineers who quit their Everest bid after 18 April avalanche have decided to scale other peaks in Nepal. Four climbers have already got permission to scale 8,167metres high Mt Dhaulagiri while a few others are planning to summit Mt. Makalu and other peaks.

Joint secretary at Ministry of Tourism and Civil Aviation Madhu Sudan Burlakoti confirmed that four climbers paid US$ 8,000 as royalty to climb Mt Dhaulagiri, “They paid extra amount as there was no provision to transfer the permit from one mountain to another,” thehimalayantimes quoted him as saying.

John All, of the American Climber Science Programme from Himalayan Ecstasy, said his team also opted for another peak as they had failed to scale Mt. Lhotse due to adverse situation in the Everest base camp.

The portal further reported quoting Anil Bhattarai of Himalayan Ecstasy that John and few others would opt for other mountains as they found it very hard to give up thousands of US dollars it took to get to Nepal.

In the meantime, Ang Tshering Sherpa, President of Nepal Mountaineering Association (NMA) said majority of the mountaineers arriving Nepal are in a mood to return home though a few are opting for alternatives.