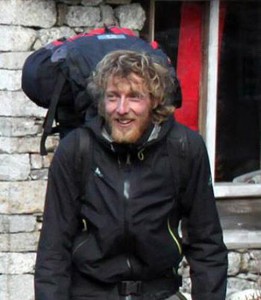 KATHMANDU, Nepal–Princzkel Thomas, a Hungarian-speaking Slovakian citizen, has been missing for more than a week from the Everest region, according to media reports. Thomas was reportedly last seen at Dingboche of Solukhumbu district on April 21. He stayed in a local hotel at Dingboche on April 20 however the owner did not find Thomas after two days when unlocked the room. Subsequently, the owner suspecting his disappearance notified the local police. The police opened the room and then found his equipment and personal belongings there. According to Boris Gandel, Slovakia’s Foreign Ministry spokesman, authorities in Nepal have been searching for the Thomas. On April 25-26, a helicopter was deployed to search for him, with the son of the Slovak honorary consul in Kathmandu on board. According to Gandel, Thomas’s cell phone is still ringing but sans response adding that the embassy is working with local authorities to find the whereabouts. It was Thomas’s third trip to Nepal, as part of a bike ride around the world.