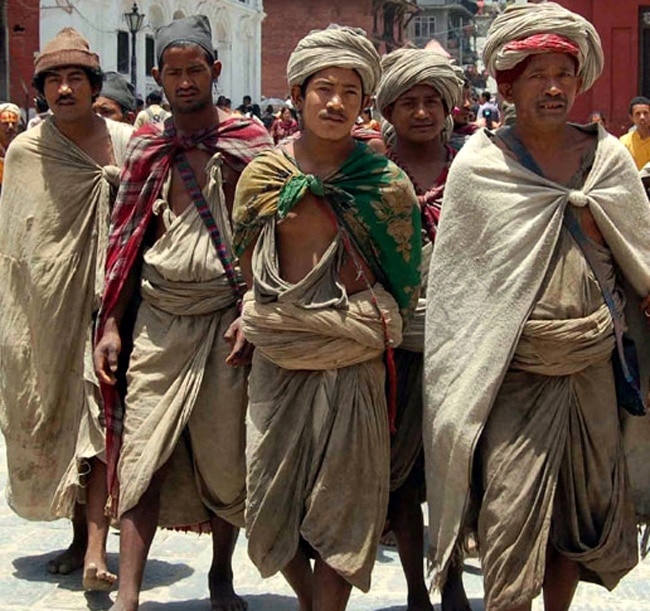 KATHMANDU, Nepal – In this file photo seen are the members of Raute community, the endangered tribe, which is the only nomadic community of Nepal that lives in a group and survives by hunting-gathering. Though the modern society and various communication tolls have somehow changed the community with their few involvements in the society, the community is still against the use of modern societal norms. They earn their living by wood carvings. The Raute people were once again in the headlines after the group residing temporarily at Satakhani of Surkhet in Western Nepal have denied polio vaccines to their kids. Despite efforts of the District Health Office and the World Health Organization (WTO) to administer the polio drops to the Raute children, the Raute leaders who are respected as Mukhiya in their community did not allow the health team to do the same. The Raute people believe that taking polio drops is against their culture. In a similar case last month the community was nearly fractioned after a Nepali film actress hugged and kissed one of the leader of the community while promoting her Foundation’s work.