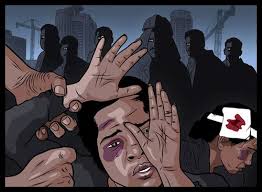 KATHMANDU, Nepal–The government of Nepal is all set to relax the ban on Nepali women travelling to Gulf countries to serve as domestic workers.

The Ministry of Labour and Employment is working out the new guidelines, making it easier for women to work as housemaids in the Gulf.

The guidelines are expected to make the migratory process of women easier, safer and transparent. The new measures in their initial phase aim to better regulate to protect Nepali house maid from being cheated at in gulf.

Officials at the Ministry realized that the ban could not discourage women from going abroad, exposing them to greater exploitation risk instead.

Despite the ban, thousands of women continue to reach the Gulf via neighboring India through fraudulent.
In response to a rise in cases of their abuse and exploitation, the government of Nepal had prohibited Nepali women to go to the Gulf to work as domestic help in May.