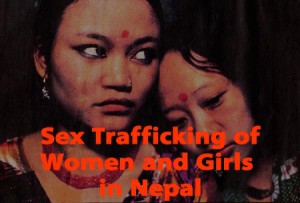 KATHMANDU, Nepal–Women who were rescued after trafficking have found it difficult to readjust with their family members and the society, a research study has showed.

An action research carried on ´reintegration of victim women of trafficking´ conducted by Rita Dhungel, a Nepali PhD scholar, disclosed that society is reluctant to take on trafficked women after they are reclaimed.

The researcher who spent eight months to carry out the study also stressed the need to respect trafficked women who were rescued.

“Trafficking survivors can be reunited with their families only after the society gives them due respect”, the report said adding that they need further empowerment financially and psychologically.

Dhungel has also highlighted social stigma, psychological stress physical and sexual abuse which are the consequences of the trafficking.

According to research, victims self empowerment could lead to their sustainable reintegration.

Girls’ trafficking is one of the major problems in the Himalayan Nation. Every year, large numbers of poor Nepalese girls are trafficked to neighboring India and other parts of the world.

Poverty, unemployment, low level of education and open border between Nepal and India are said to be the major causes behind the trafficking.

The reports by nongovernmental organizations have it that as many 15,000 girls are trafficked from Nepal across the border annually.