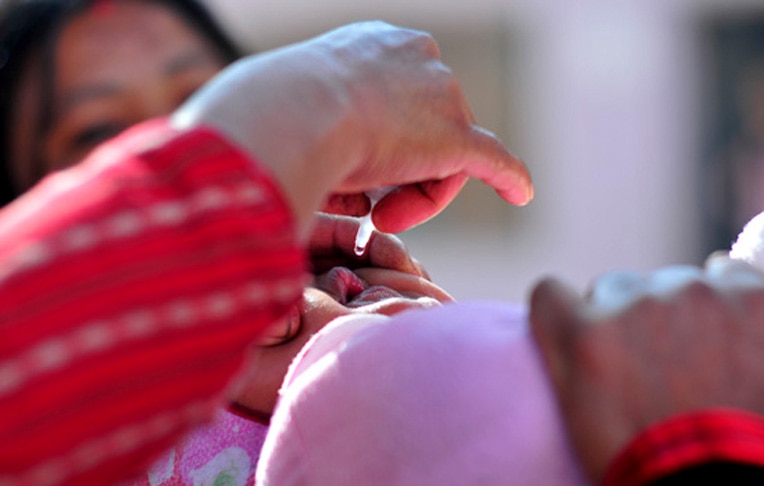 KATHMANDU, Nepal – A health worker administers polio drops to an infant at a center in Kathmandu as part of the national immunization campaign on Sunday. Over 4.2 million children were immunized nation-wide on the day. Nepal is among the 11 Southeast Asian countries targeting to become polio-free country by February. The government, the United Nations and the World Health Organization spent around Rs 298 million to conduct the nationwide polio campaign launched in two phase.