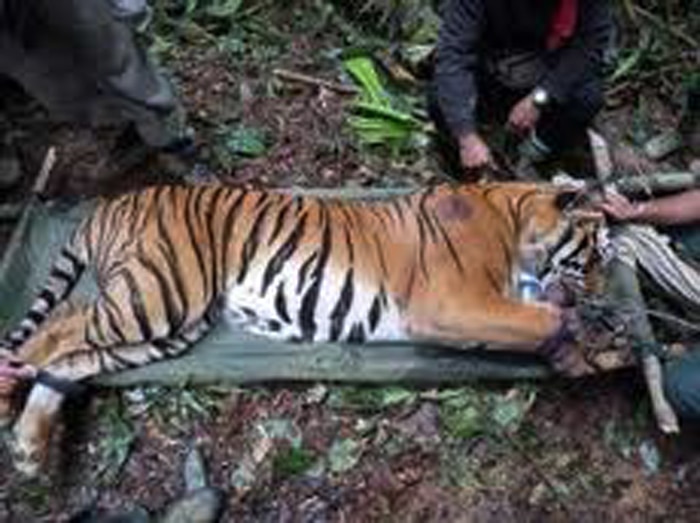 KATHMANDU, Nepal – Forest officials treating the tiger that was caught injured in the Gorkha forest. After the treatment the tiger has been handed over to the Bio-diversity Conservation Centre under the National Nature Conservation Trust. The tiger that received primary medication in Gorkha will receive full-fledge treatment before it will be left to its natural habitat. According to the national news agency RSS, medical team at the NNCT has owned up the responsibility of the treatment. Nepal is working with a plan to doubling its tiger population by 2022. The latest tiger census puts the number of Royal Bengal Tigers, or ‘Pate Bagh’ in Nepali language, at 198. In 2009 there were only 121 tigers, which grew by 64 per cent to 198 in 2012. Nepal has launched the tiger conservation projects in its five protected areas. The tiger is regarded as an endangered animal and is listed in the Convention on International Trade in Endangered Species (CITES). Photo: RSS