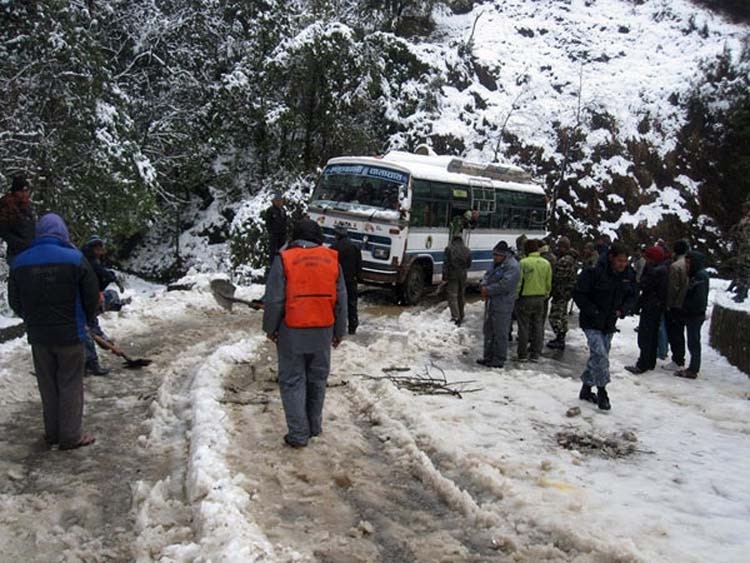 KATHMANDU, Nepal – In this photo published by Kantipur daily in its Sunday edition pictured transport workers and security personnel clear snow from the road at Sahukharka along Bhimdutta Highway in Dadeldhura district of western Nepal on Saturday. Public activities, businesses and transport services in the western parts of the country have taken a major hit as the onslaught of passing cold front was coupled with rain, snow and hailstorms on Saturday.  Extreme weather conditions forced people to stay indoors, while transportation, including flight service, was halted in the districts. According to news reports from the districts, temperature in more than a dozen villages there dropped nearly 20 degree Celsius below the freezing point. Also the snowfall and hailstorms break down the communication system.