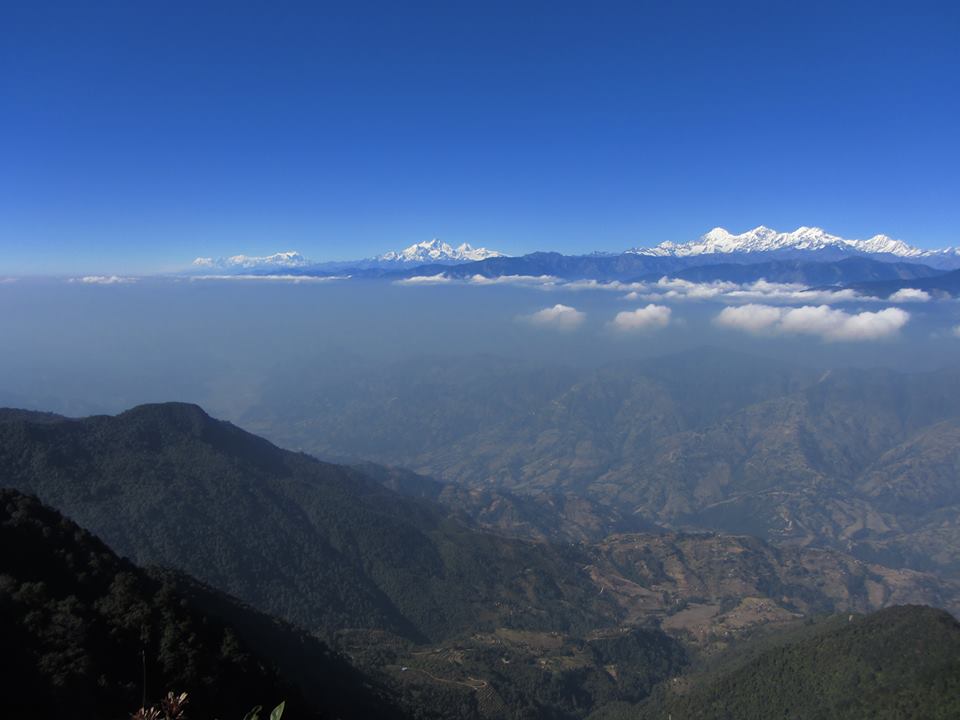 KATHMANDU, Nepal – A splendid beauty of nature as seen from the Shivapuri Nagarjun National Park in Kathmandu. The park covers an area of 159 km2(61 sq mi) in the districts in Kathmandu, Nuwakot and Sindhupalchowk, adjoining 23 Village Development Committees. In the west, the protected area extends to the Dhading district.Visitors are attracted to the park for trekking. Trekking routes to Nagarkot, Gosaikunda, Helambu and Langtang National Park also pass through the park. Several religious sites for the Hindus and the Buddhists lie inside the park. On Nepali New Year’s Day, which falls in mid-April, pilgrims from Kathmandu valley and neighboring areas flock to Baghdwar and Bishnudwar of the park from where the sacred rivers Bagmati and Bishnumatii originate. Visitors can have breathtaking views of the high Himalayas from the northern aspects of the park. Likewise, the panoramic views of Kathmandu valley could be seen from the southern slopes of the park. Photo: NMF