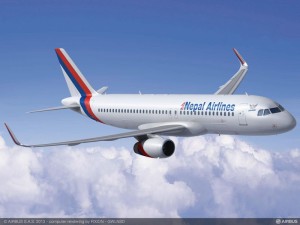 KATHMANDU, Nepal- Following the decision of the European Union of restricting Nepali airlines to fly to EU member countries, the tourism entrepreneurs have expressed their great concerns.

‘Entrepreneurs involving in the tourism sectors are much worried  following EU’s decision as it threw a powerful blow to the  tourism sectors,’ tourism expert and  president of Paschimananchal Hotel Sangh Hari Sharma said.

Sharma added that the decision was certainly sad news for all tourism entrepreneurs.

Citing the number of increasing air accidents in Nepal and the regulatory body failed to take effective measures to improve the country’s air safety standard here, the EU had announced to ban all Nepali airlines from flying in the skies of European Union member countries.

At a time Kathmandu was listed in third destination city in the world by Trip Advisor, the EU placed the Nepali airline in blacklist.

Along with the restrictions, the EU also has asked its citizens not to travel in the aircrafts of Nepal, referring poor air safety.

Member of Nepal Tourism Board (NTB) Tikaram Sapkota requested the government to immediately address the concerns raised by the EU regarding the safety of Nepali aviation industry.

Some small scale entrepreneurs have also worried over the EU decision as it has dampened the spirit of the business here with the blacklist of Nepali airlines.

Approximately 50 percent of high-quality foreign tourists visiting the country are from Europe.

Nepali aviation industry has witnessed a series of domestic air accidents since 1960s, beginning with NAC’s 9N-AAD crash in Bhairahawa, a business town of Nepal.

Since then around 70 domestic air accidents have been recorded in the country which have killed around 300 people.

According to the statistics provided by the Airline Operators Association of Nepal, the country has seen seven air crashes with 36 fatalities in 2012 alone.

50 percent of high-quality foreign tourists visiting Nepal are from Europe.