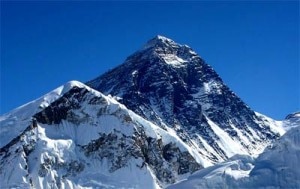 KATHMANDU, Nepal – Minister for Culture, Tourism and Sports, Ram Kumar Shrestha, has requested Nepal Mountaineers’ Association (NMA) to spearhead clean-up campaigns in the Himalayas, so that the natural environment of the magnificent mountains could be preserved and kept intact.

Addressing a function organized to mark the NMA’s four decades of establishment (40th anniversary) in Kathmandu, Minister Shrestha said construction of physical infrastructures and services and facilities to climbers is also expected from the NMA.

On the occasion, Minister Shrestha honoured mountaineers, researchers and journalists for their contribution to the development of mountain tourism in Nepal.