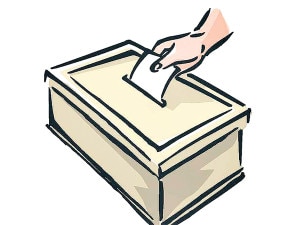 Hundreds of Nepalis are entering Nepal from Jamunaha, a main entry in the mid-western region of Nepal on a daily basis.

Those coming to home are from mountainous districts: Salyan, Dailekh. Jajarkot, Surkhet, Rukum, Rolpa and Jumla. They said they have returned home for the celebration of the Tihar and take part in the November 19 elections.

“I am wondering what I feel while casting votes. It is my first time,” RSS quoted Khagendra BK, a resident from Jaktipur-9 of Jajarkot district as saying.

Similarly, Hira Lal Tamata from Bhur-5 of the same district said they have planning to return a bit later as  political leaders have made phone contact and pursuing  them to take participate in the election.

According to him, there are 110 persons in his group to return home mainly for the election purpose.