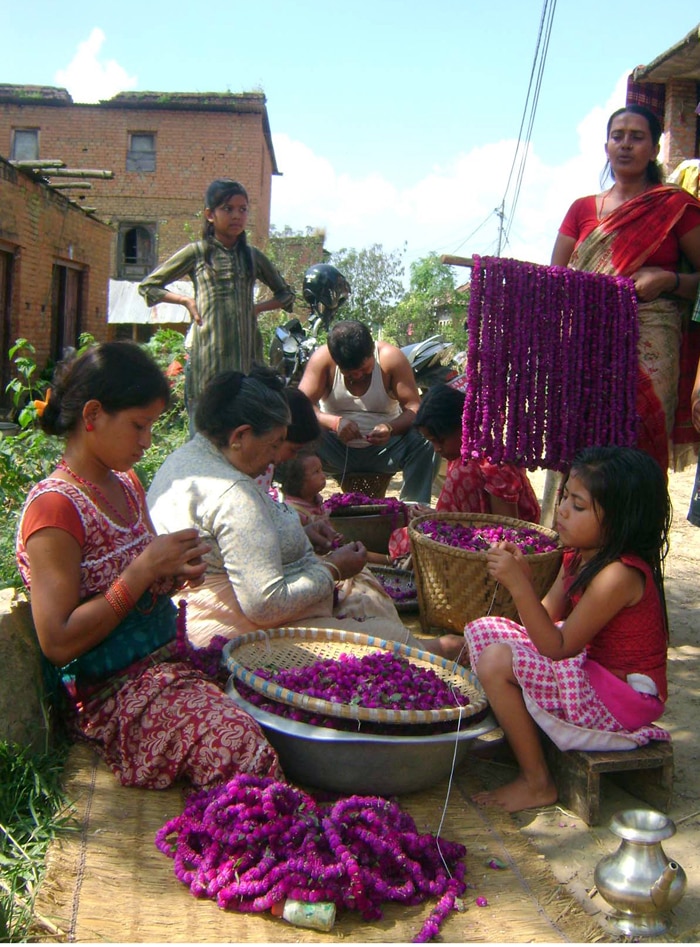 KATHMANDU, Nepal-Locals in the Capital Kathmandu weaving the garlands from Makhmali flowers for the upcoming Tihar festival.  Tihar also known as Deepawali in terai region of Nepal is five day long Hindu and Buddhist festival celebrated  soon after Dashain. The five-day festival is considered to be of great importance as it shows reverence to not just the humans and the Gods, but also to the animals like crow, cow and dog. Photo: NMF.