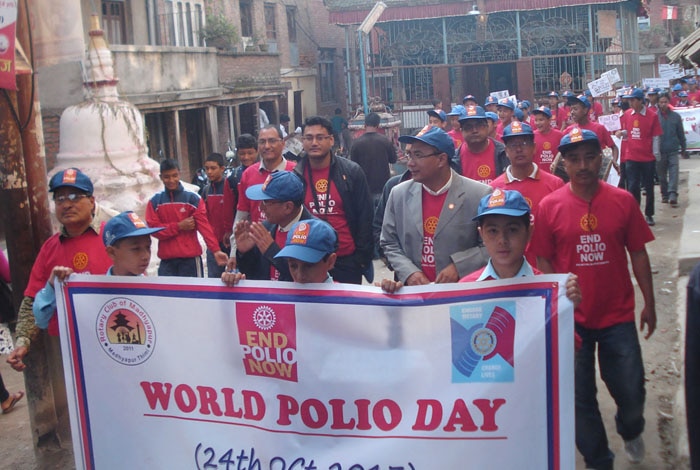 KATHMANDU,Nepal-People taking part at a rally in the Capital Kathmandu on the occasion of World Polio Day, on Thursday, October 24, 2013. Nepal observed the day by organizing various programmes across the nation. Nepal is very close to declaring the polio- free nation since no polio cases have been reported since August 2010, but Nepal can only be declared a polio-free country only after all the countries in the South-East Asia are free from the virus, according to a health expert at the Ministry of Health. The World Health Organisation is in the process of declaring South-East Asia region as polio-free region, making a regional polio-free certification possible in 2014.  Photo NMF