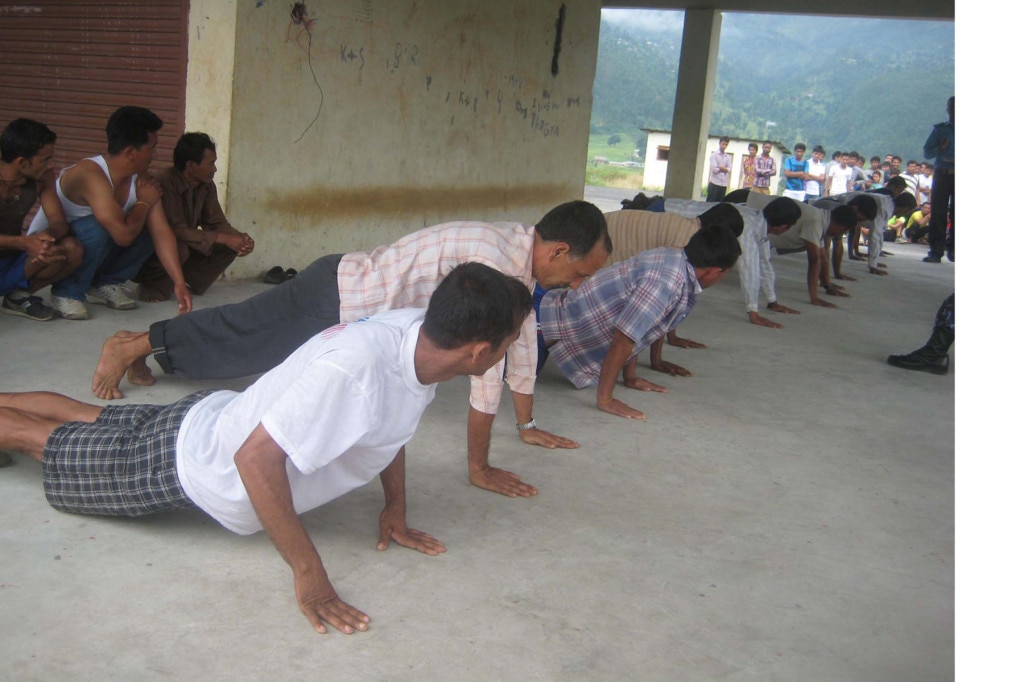 KATHMANDU, Nepal-Men demonstrate their skills in Mygdi district, around three hundred kilometers west of the Capital Kathmandu to get selected for the post of temporary police to be deployed for the Constituent Assembly polls scheduled for November 19. A total of 1,69,350 applicants, including 19,642female, which is more than three times the required number, have applied for the post. The regional offices have started the selection process under the provisions suggested by the Election Security Plan. A significant number of former security personnel, college students and aspirant youths have applied for the job that will last for two months.

Temporary security personnel to be recruited under Nepal Police will be hired for two months and will be provided with salary, uniform, ration on par with police constables. According to DIG Nawa Raj Silwal, spokesperson of Nepal Police, selection of candidates would be made at the regional level and high priority would be accorded to retired personnel from Nepal Army, Nepal Police and Armed Police Force (APF). Photo: RSS