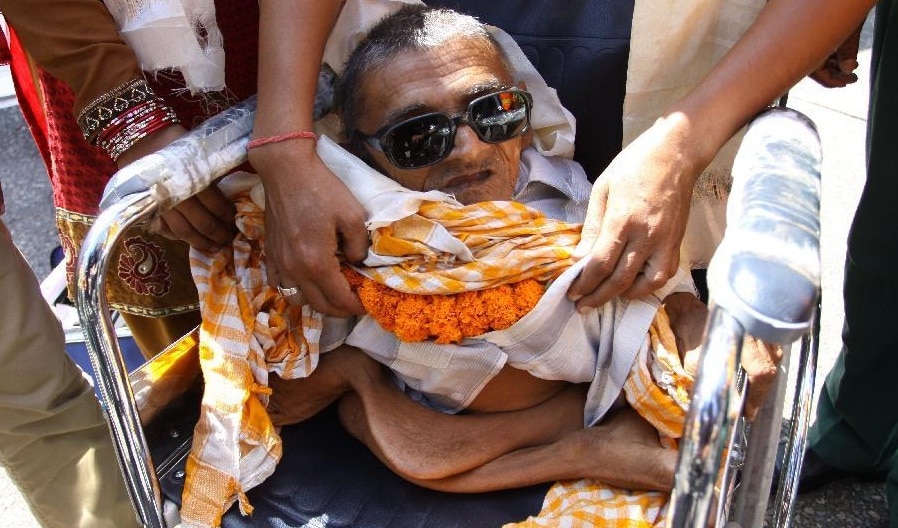 KATHMANDU, Nepal- Life is not same for all. And its most difficult for those like Master Nau, who could do nothing without assistances of others. Master Nau, a 90-year-old disabled man with only 14kg weight and 15 inches height, who had a long desire to have a flight and a wrist watch before death, has eventually got a chance to fly up to capital city. He recently flew to Kathmandu on Yeti Airlines, thus fulfilling his single long-cherished dream to fly on an aircraft.

But, who knows, how long it takes to get his another wish fulfill.

Master Nau, who looks like a Lilliputian of Jonathan Swift’s novel, “Gulliver’s Travels,” feels like he mistakenly landed into an “average-sized” world. All his life, he felt static, almost glued to the same position, immobile, as his legs don’t function well.

Resident of a small village in Rupandehi District of Western Nepal, Master Nau was born with a physical disorder that kept his body from gaining the ‘average’ height. His exceptionally tiny stature starkly reflected the signs of disproportional dwarfism – a considerably large head, protruding jaw, shrunken feet, and a height of roughly 15 inches.

Nau’s tiny frame shivers ever so often. His feet are clubbed, and he has almost lost his hearing. 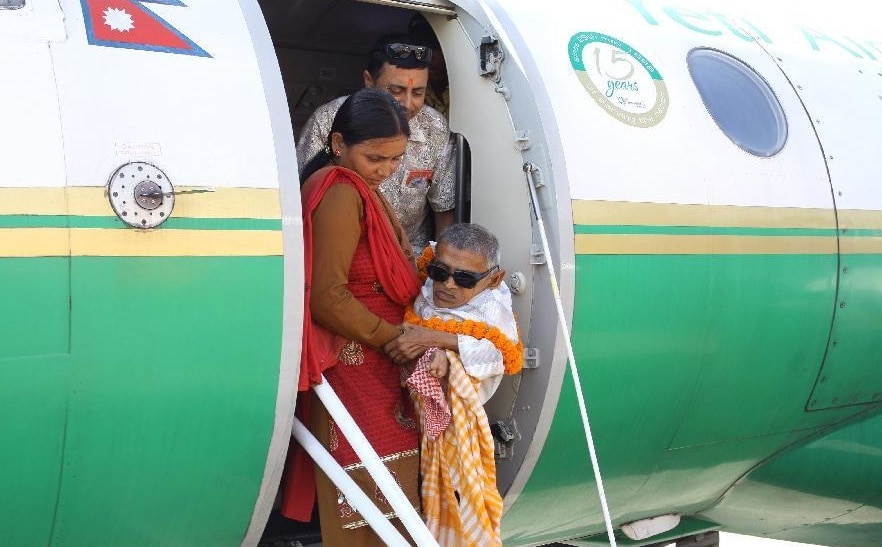