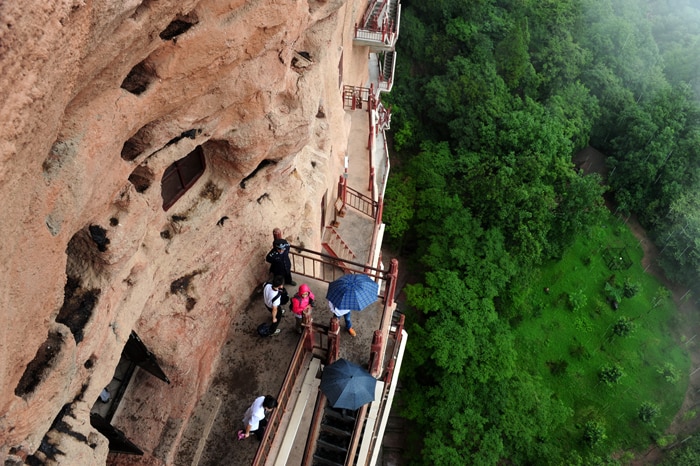 People visit the Maiji Mountain Grottoes in Tianshui, northwest China’s Gansu Province, July 15, 2013. After protection and preparation, the Maiji Mountain Grottoes, the fourth largest grottoes in China and known as the “Oriental Sculpture Museum”, has been ready for the application for status on the World Heritage List in 2014, as a part of the application program of the 2,000-year-old Silk Road which China works with Kazakstan and Kyrgyzstan and was officially submitted to the United Nations Educational, Scientific and Cultural Organization (UNESCO) in January of 2013.  Courtesy to Xinhua