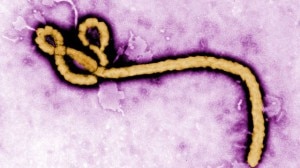 KATHMANDU, Nepal–With Epidemiology and Disease Control Division (EDCD) of the Department of Health Services (DoHS) begun a quarantine health desk at the Tribhuvan International Airport (TIA), the sole airport in the country, the desk  has started screening people coming from the Ebola hit nation, from Monday morning.

The health desk which has been claimed of meeting international standards and has the same facilities as that of most international airports across the globe will screen the suspected Ebola patients round the clock.  The medicos involved in the desk will examine the suspected one and refer them to hospital if necessary.

A high-level meeting of the government officials held last week had decided to severely scrutinize all those coming to Nepal via air or land routes from Ebola-hit countries.

Govt to collaborate with private medicos

The government is persuading the private hospital since new ambulance is required to transfer the suspected patients to the hospitals.

They also warn that other countries will forbid the movements of Nepali if someone is diagnosed with the virus in the country where the Nepal government has banned travel permission for the people of virus-hit countries.

What is Ebola virus?

The Ebola virus disease (EVD), formerly known as Ebola hemorrhagic fever is a severe condition caused by a virus from the Filoviridae family. It can be transmitted from close contact with the blood, secretions, organs or other bodily fluids of infected animals.

Should people in Nepal worry?

Though it s not prevalent in Nepal, but people living in Southern and Northern region that shares bordering with neighboring India and China are always at risk of getting infected.

Keeping in view the transmission of the disease from the movement of the people in border area, the government has also introduced a Quarantine Help Desk at Kakadvitta, the main border check-point of the eastern Nepal.

Meanwhile, three Nigerian nationals who landed in New Delhi, the Capital city of India on Saturday were admitted to a local Hospital for screening and treatment, according to Indian news agencies.

In a separate report, a 32-year-old Indian who returned from Nigeria and died at a hospital has also been suspected of Ebola.

Ebola has already claimed more than 1,000 lives and affected thousands of people, including nurses and pastor, in countries such as Guinea, Liberia, Nigeria and Sierra Leone.

The government has decided not to grant on arrival visas to people coming from the countries of severe Ebola epidemic. According to the World Health Organization (WHO), Ebola is 90 percent fatal.