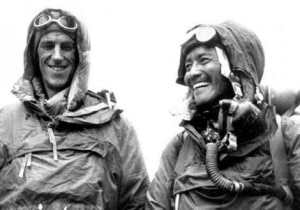 KATHMANDU, Nepal–It will probably make unhappy to the mountaineering world and people directly involved in this sector  to hear the bitter fact that the government has postponed to celebrate this year’s Mt. Everest Day, which falls on May 29.

The government eventually decided to put off to mark the Day citing that the Everest Day and Republic Day co-occurred each other, thanks to the apathy shown to mountaineering sectors in the wake of April 18 Everest avalanche.

Officials at the Ministry of Culture, Tourism and Civil Aviation (MoCTCA) has confirmed the deferment of Everest Day since all the concerned be focused on the celebration of Republic Day.

However, the officials further hinted that events for the celebration of Mount Everest will, in return, be rescheduled for a specific day, which has not been fixed till now.

Nepal has been marking the International Mt. Everest Day since 2008 across the country to honour the first ascent by Tenzing Norgay Sherpa and Edmund Hillary in 1953. In the previous year, on the occasion, the government used to oraganize various programmes and felicitate domestic and foreign mountaineers.

The Ministry of Culture, Tourism and Civil Aviation, Nepal Tourism Board (NTB) , Nepal Mountaineering Association (NMA), Hotel Association Nepal (HAN), Trekking Agencies’ Association of Nepal (TAAN) among other organization had been marking the Day with gusto since 5 years.