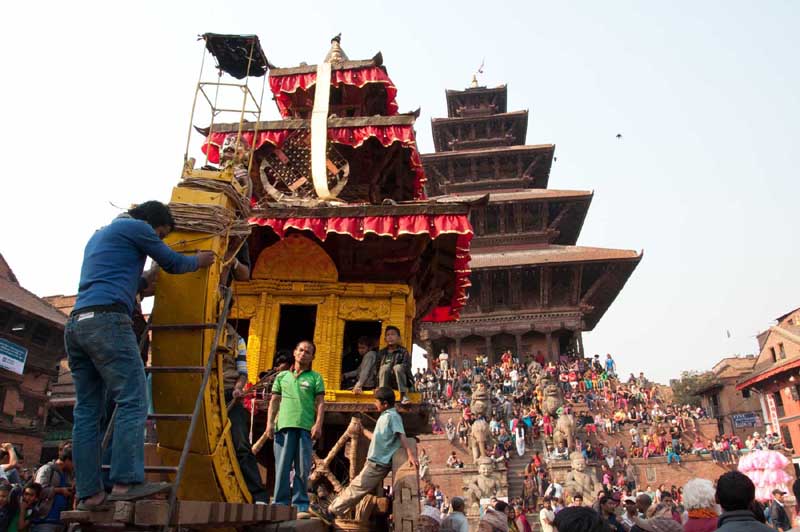 KATHMANDU, Nepal–People prepare to pull the chariot of Lord Bhairabhnath during Bisket festival at Bhaktapur, Nepal, April 10, 2014. The festival is an annual celebration of two of the most important deities of the town of Bhaktapur, the wrathful god Bhairab and the goddess Bhadrakali. The Jatra officially started from Thursday after the Guthi Sansthan offers worship in Bhairabi temple. The famous festival, which is observed for eight consecutive days and night, falls on New Year of the Bikram Sambat calendar, has been marked since the Lichchhivi era, according to historical records. In the wake of unpleasant incidents during previous years’ celebrations, the government has stepped up security measures for the festival. Last year, three persons had died after the chariot crushed them. Image: Xinhua