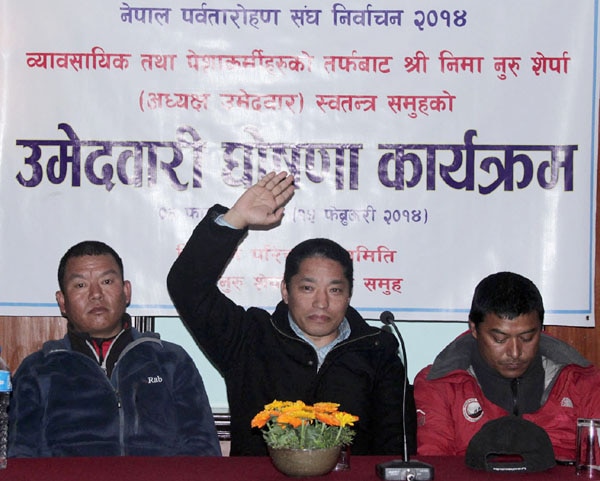 KATHMANDU, Nepal–Nima Nuru Sherpa (center) of Cho-Oyu Trekking Agency announces his candidacy for the post of president for the upcoming elections of the Nepal Mountaineering Association (NMA) amid a programme in the capital Kathmandu on Saturday, February 15, 2014. NMA Election Commission has published the name list of voters for the election to be held on 21 and 22 Feb, 2014 at Nepal Academy Hall.