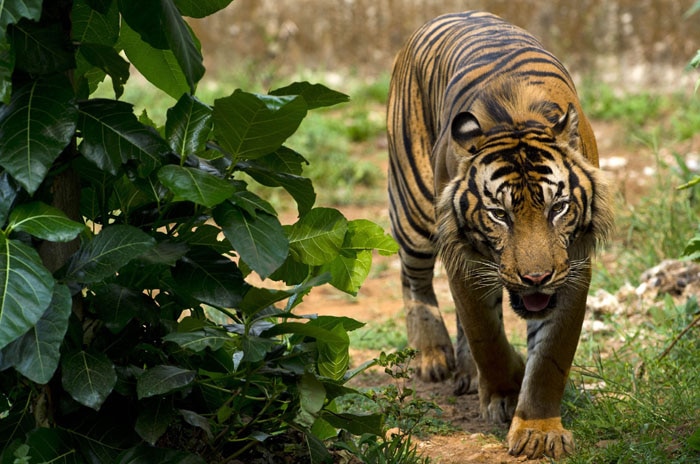 A critically endangered Sumatran tiger walks in its enclosure at Ragunan Zoo in Jakarta on October 23, 2013. In the Greenpeace report “Licence to Kill” released on October 22, Greenpeace said that Singapore-based Wilmar, the world’s biggest palm oil processor, was sourcing its oil from illegally cleared land and destroying the habitat of critically endangered Sumatran tigers. According to conservationists about 400 Sumatran tigers are living in the wilds. AFP PHOTO