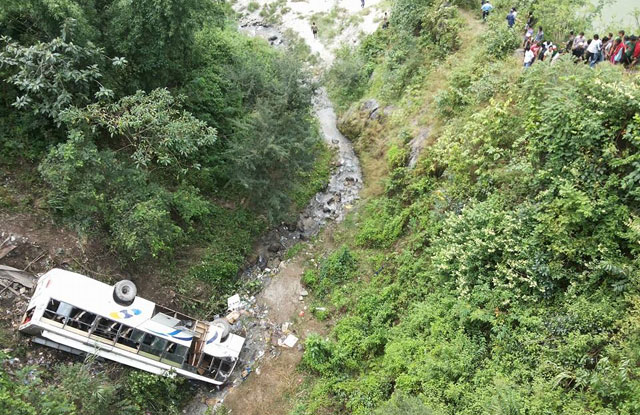 KATHMANDU, Nepal-A bus heading to Kathmandu from Dharan plunged into the river in Chandi Bhanjyang of Chitwan district, 200 kilometers far south of the Capital Kathmandu, killing at least five people on the spot. Two dozen passengers are reportedly injured in the accident that took place Wednesday morning while the ill fated bus skidded off the road and plunged into a stream. According to traffic police, roads accidents have been accelerated during the festive season due to the carelessness on the part of drivers in Nepal.  Photo Courtesy to Bishwo Regmi.