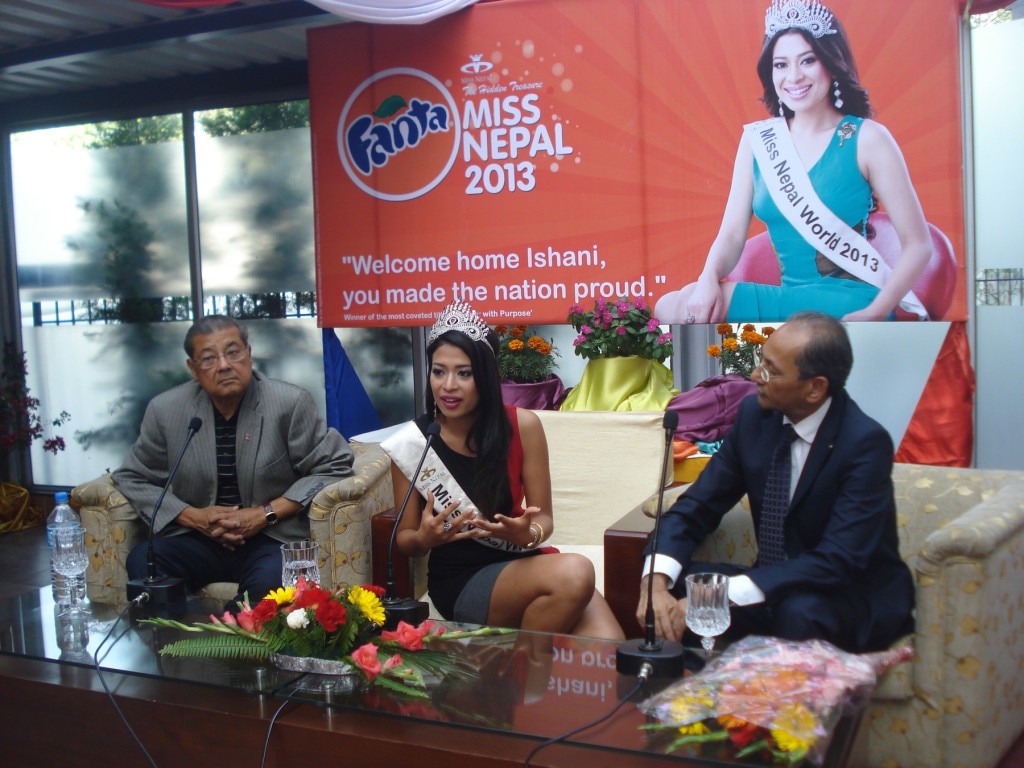 KATHMANDU, Nepal-Miss Nepal, Ishani Shrestha during a press conference in Kathmandu on Tuesday, October 8, 2013 after landing at Kathmandu following an exciting and fruitful competition at the 63rd Miss World 2013 pageant held in Indonesia. Ishani who made it to the top 10 of the ongoing Miss World 2013 pageant held in Bali, Indonesia on Saturday evening, said that she was very glad that the six months of hard work paid off and was successful.

Ishani was also awarded with the prestigious ‘Beauty with a Purpose’ title for her five-minute-long video demonstrating ‘Project Smile,’ a free dental camp she conducted in the Himalayan district Jumla.