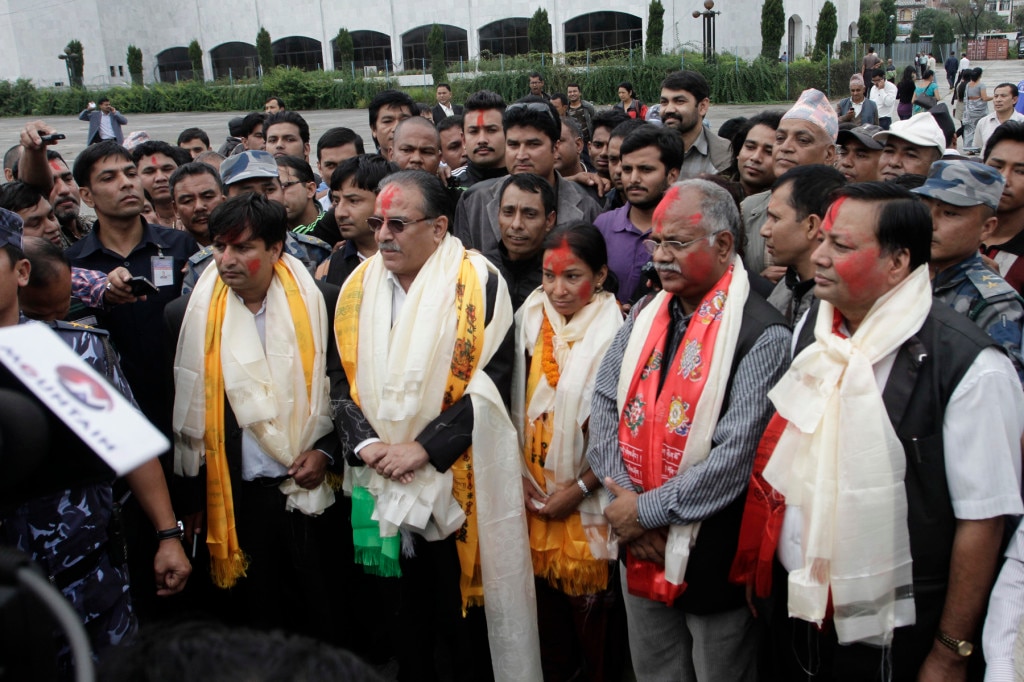 KATHMANDU, Nepal-Candidates of United Maoist party speaking to media person after registering their candidacy under first -past-the post (FPTP)  for the upcoming Constituent Assembly (CA) polls in Kathmandu, Thursday.  The former guerrillas placed first with 220 out of 575 elected seats, and became the largest party in the CA polls held in 2008. It was followed by Nepali Congress  (NC) with 110 seats and the Communist Party of Nepal (United Maxist-Leninist) with 103 seats. The result was a big surprise that had gone against most media predictions. Photo: NMF