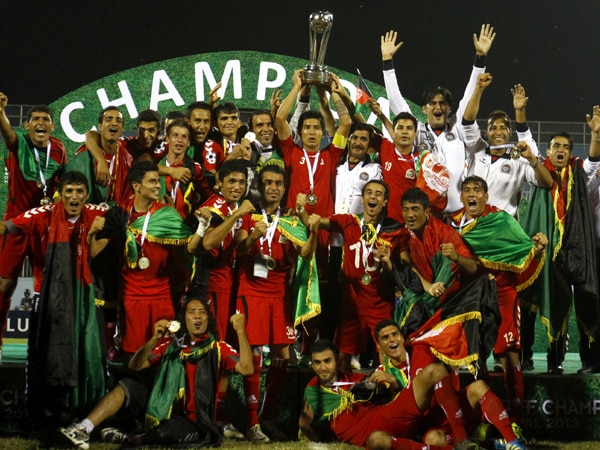 KATHMANDU, Nepal- The national football team of Afghanistan celebrate with the South Asian Football Federation Championship trophy after a 2-0 victory over India in the tournament final at the Dashrath Stadium in Kathmandu on Wednesday. With their maiden regional title, Afghanistan also ended their blues against India preventing the latter from winning third titles in a row—six in total—by registering their first ever victory from six encounters since 1951, including a draw. Afghanistan are the fourth team to win the region’s biggest championship. India have won it five times—1997, 1999, 2005, 2009, 2011—while Bangladesh (2003) and Maldives (2008) won it in one occasion each.