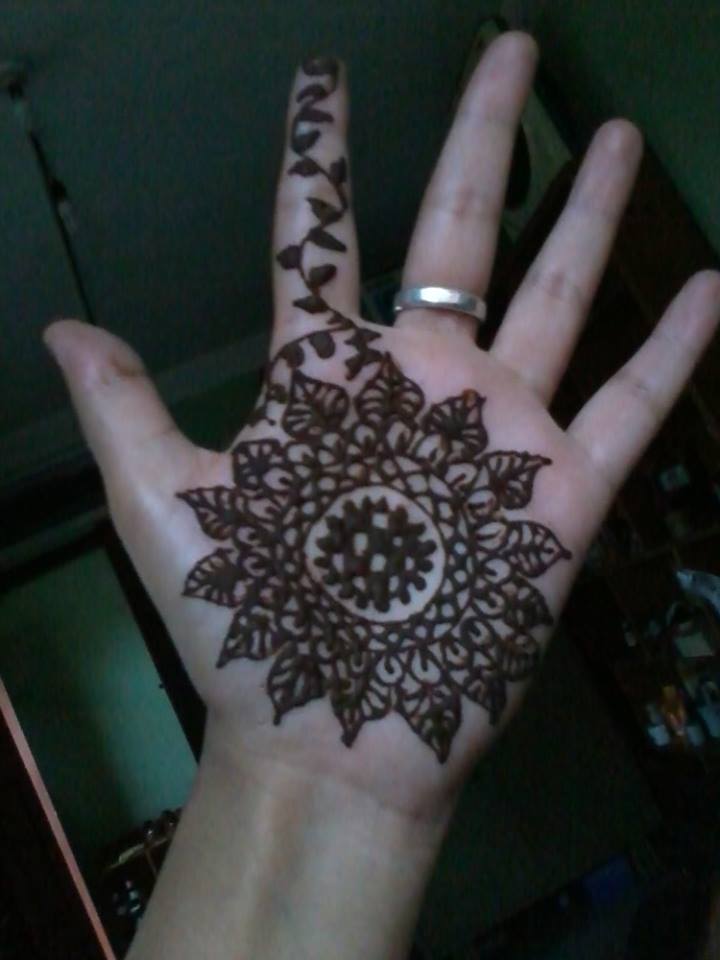 KATHMANDU, Nepal- A woman shows her hands painted with Mehndi as she prepares herself for Teej, the greatest festival of Nepali Hindu women.  Practiced mainly in South Asian countries including Nepal, India among others, Mehndi also known as henna in the western world is the application of as a temporary form of skin decoration. According to Wikipedia, popularized by Pakistani cinema and entertainment industry, the people in Nepal, India, Bangladesh and the Maldives as well as by expatriate communities from those countries also use Mehndi. Mehndi was originally used as a form of decoration mainly for Hindu brides. It is typically applied specially during Hindu weddings and Hindu festivals like Teej. In Hindu festivals, many women have Mehndi applied to their hands and feet. It is usually drawn on the palms and feet, where the design will be clearest due to contrast with the lighter skin on these surfaces, which naturally contain less of the pigment melanin. It is well believed that more dark the contrast of design surfaces over the skin  more tight will her bond with her spouse.

The celebration of Teej that occurs on the third day of Shukla Paksha (bright fortnight in the month of Bhadra) is celebrated with much fanfare throughout the country. And this year, the festival falls Sunday, September 8, 2013. It is actually a three-day long celebration, which combines feasts, gatherings, singing, dancing as well as rigid fasting. Through this religious fasting, Hindu women pray for marital bliss along with well-being and prosperity of their spouse and children. The festival also marks the purification of their body. It is also an occasion for married women to visit their parents’ home.