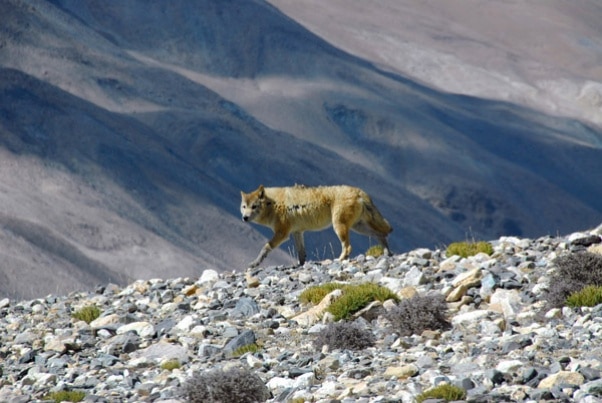 KATHMANDU, Nepal–A new spice of animal spotted at mountainous Upper Mustang of Mustang district. Officials at National Trust for Nature Conservation (NTNC) have enlisted the new spice in the rare animals’ lists. During the course of scientific study in Upper Mustang of the district, Madhu Chettri of the Trust had spotted the animal which is similar to Tibetan Wolf. Image courtesy to NTNC