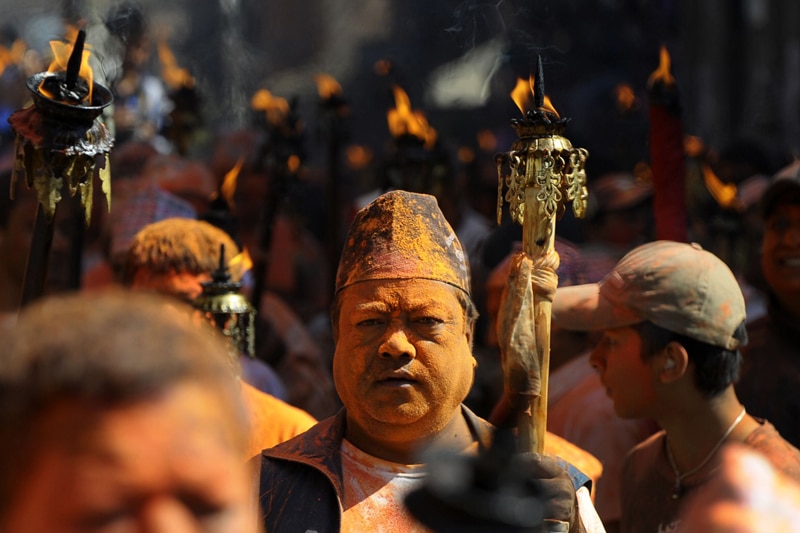 KATHMANDU, Nepal–Nepalese devotees walk with flaming torches and colour smeared onto their faces as they gather to take part in Bisket Jatra, a festival held in celebration of the Nepalese New Year in Thimi, some 10kms east of Kathmandu on April 15, 2014. The festival, which started on April 10 is celebrated for nine days by the ethnic Newar community in Thimi, Bhadgaun. AFP PHOTO/ Prakash MATHEMA