KATHMANDU, Nepal– Aiming to lure more tourists and promote tourism in the western province of Nepal, as many as six new trekking routes are going to open soon.

“More than half dozen trekking routes built at the cost of Rs 5.9 million rupees with a view to make accessible sites with historical and religious significance in Myagdi of Dhaulagiri zone  will be opened soon”,  District Development Committee Myagdi informed.

The trail that extends from Bhu-tatopani, Narchyang, Khopra to Annapurna Base camp and Galeshwor -Dhaulagiri Aaisafal trekking route will be completed soon while others will be accomplished within a year.

Myagdi which is one of the most popular destinations for Tourism in western region also houses the world famous Poon Hill. Ghorepani is another attraction for travelers in the district. Considered as easy and most liked trail in Annapurna region, the Ghorepani Poon Hill Trek is an ideal trek for a short trip to the lower elevations of the Annapurna region. 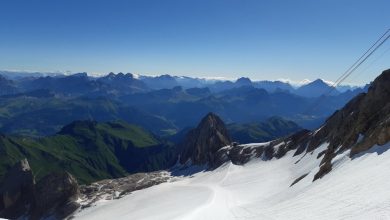