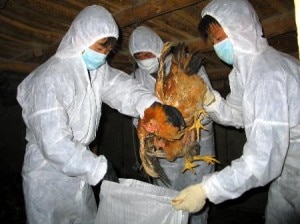 KATHMANDU, Nepal- The Food and Agriculture Organizations of the United Nation has informed that it would conduct a diagnostic study on the recent bird flu outbreak in the country that led to the culling of over 1.5 million fowls, mostly in Kathmandu, Bhaktapur and Lalitpur district.

Sending a letter to the Ministry of Agriculture (MoAD) in Kathmandu, the FAO sought the permission to carry out the study.

“At the initiative of the government, FAO proposes to conduct a situation assessment of avian influenza in order to provide additional assistance in response to the current situation. Relevant components required include economic value chain analysis, laboratory diagnostic results, disease response efforts (prevention and control) and communications,” reads the letter sent by FAO.

The study, funded by the USAID, would attempt to seek on how the highly pathogenic avian influenza (H5N1) swell through supply chains and  uncover ways to lessen its impact  on both the producers and vendors in the days to come.

According to MoAD, the study would last till December and a strategy to curb the spread of the virus would be developed in January by referring to the findings of the study, according to MoAD.

The latest bird flu erupted in the country as early as January and climbed its peak in August and the government banned the trading of poultry products at the the Capital Kathmandu for three weeks and closely monitored various poultry farms to fight against  the spread of the disease.

The government had declared Bhaktapur district a bird flu crisis-hit zone on August 15, where over 700,000 fowls, more than 275,000 chicks, over 1.3 million units of eggs and more than 50,000 kg chicken feed were either culled .