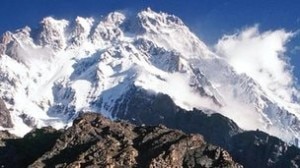 KATHMANDU, Nepal- A group of unidentified gunmen have killed 10 people, including nine foreign tourists after storming into a hotel in Pakistan-administered Kashmir. The incident took place at the base camp of Nanga Parbat, the world’s ninth highest mountain, in Gilgit-Baltistan, according to BBC.

The gunmen allegedly looted the foreigners’ money and passports before shooting them.

Among the slain tourists, five are from Ukraine, three from China, and one from Russia . A Pakistani guide also died in the attack. It is the first such attack on tourists in the region. A Sunni militant group, which has been waging war in Pakistan for a decade has owned up the attack, reports said.

The motive for the killings is yet to know. Reports said a Chinese tourist has survived the attack. Nanga Parbat, located at an altitude of 8,126m (26,660ft), is popular with trekkers and mountaineers, especially during June and July.

The assault is said to be a huge blow against Pakistan’s already fighting tourist industry, international media reported.

The attackers, reportedly dressed in police uniforms, stormed the hotel at the base camp in the foothills of Nanga Parbat shortly after midnight.

According to a senior official the Diamer district had been sealed off and police were hunting for the attackers.

Meanwhile, President Asif Ali Zardari and Prime Minister Nawaz Sharif have condemned the attack. Mr Sharif, who was re-elected earlier this month, said “such acts of cruelty and inhumanity” would not be tolerated.

Meanwhile Gilgit governor Syed Mehdi Shah is set to hold a meeting with regional law enforcement agencies on Sunday to discuss the security situation in the area, Radio Pakistan reported.